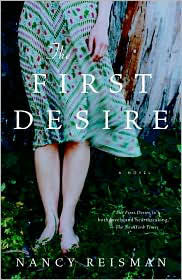 In First Desire by Nancy Reisman, we are given a set of characters who appear to be constantly yearning for acceptance and love, within the confines of the familial structure.

The Cohen family is composed of a tyrannical widower, Abe Cohen, and his five adult children, who seem to be stuck in a time warp, lost within the familial folds. The family unit is composed of four daughters (Jo, Sadie, Celia and Goldie) and one son (Irving). They are seemingly lifeless and unmotivated individuals, overpowered by loss, and by a dictatorial father.

All of them are still in mourning for their mother, and they are lost in a cycle of escaping the painful aspects of life. Their father, seems to be uncaring, and is a demanding and authoritarian individual, especially with his daughters. He escapes into a relationship with a women named Lillian Schumacher. Goldie can’t cope with the demands of her father, and the loss of her mother, and escapes by fleeing the house, leaving those behind to wonder about her, for years (not knowing whether she is dead or alive). Sadie questions her own sanity and the relationship with her husband, who only seems to want her company during times of sexual relations, and watches him become almost as tyrannical as her father. Jo is lost within her protective, obnoxious attitude, which is her form of escape. Celia escapes within her mind, which is sometimes coherent, but more often, not. Irving escapes into alcohol and gambling.

First Desire is adeptly written, and Nancy Reisman’s characters give us insight into depression, patriarchal pressures, and family interactions and dynamics, during the turbulent years that range from the late 1920s to 1950. They are believable individuals, and the climate of the decades is believable.

Exit Ghost, by Philip Roth is seemingly the last novel in the Nathan Zuckerman series, but who knows for certain. What I do know is that Roth has woven a story-within-a-story with brilliance as only he can succeed in, capturing our emotions on many levels.

Roth brings us characters we relate to, beginning with Nathan Zuckerman, a physically impotent, incontinent, diaper-wearing man in his seventies, who has led a reclusive life for eleven years in the Berkshires, due to a series of threats he received on his life. He leaves his protective cocoon and is brought back into Manhattan in order to have surgery that might possibly help his incontinence. While there, his old existence stirs up memories, emotions and thoughts he had long put to rest.

Zuckerman’s thoughts begin to take hold regarding his mentor and author hero, E.I. Lonoff, and he encounters Amy Bellette who was Lonoff’s lover two characters from the book Ghost Writer . His thoughts wander back to his early twenties, when his life revolved around his ambitions, and his aggressive behavior in order to reach his goals. He remembers his fleeting interest in Bellette, and how she is presently suffering from brain surgery and a recurring brain tumor, but still astute enough to want to protect Lonoff’s literary image from a would-be biographer, who means to destroy Lonoff’s reputation. The city grips him, and he is caught up in rash judgements and events, making decisions based on emotion, not rational thought.

While in Manhattan he meets a married couple through a newspaper ad (Billy Davidoff and Jamie Logan Davidoff), who he impulsively agrees to swap houses with…he will remain in their small apartment in the city, they will live in his secluded house in the Berkshires, miles from the nearest town. She wants solitude due to her fears from September 11th. He begins to let his mind wander (his physical body may not be responsive, but he still has the capacity to think and fantasize about sex). Therein lies the basis for Zuckerman’s new novel…a “he said, she said, series of imagined conversations.

Roth also writes about the current administration, current technology, and current medical advances within the story line. We are given characters that are all seeking solitude and protection in one form or another, whether it be from emotional pain, physical pain, medical issues, aging, or otherwise. Roth has done it once more, and captivates his audience with excellent word imagery, insightful emotional content…often heart-wrenching, and with masterful writing. We will all come to the autumn season, eventually, and Roth demonstrates the ability of the mind and heart to blend together, in order to manage to live (as best we can with our limitations) through the fragile and delicate autumn of our lives. 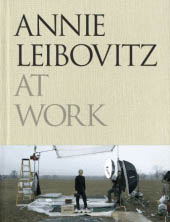 I am passionate about photography, and Leibovitz’s book looks to be not only a wonderful book of portraits and photographs, but also an excellent resource on photography-making. According to the publisher, Random House, “The most celebrated photographer of our time discusses portraiture, reportage, fashion photography, lighting, and digital cameras.”

I saw Annie Leibovitz on an interview, earlier this morning. She explained the theory behind Annie Leibovitz at Work, and it looks to be an informative, instructional and educational photography book.
~~~~~~
© Copyright 2007 – All Rights Reserved – No permission is given or allowed to reuse my photography, book reviews, writings, or my poetry in any form/format without my express written consent/permission.

The Black Seasons, by Michal Glowinski

The Black Seasons by Michal Glowinski is a poignant rendering of portions of Glowinski’s childhood memories from the Warsaw Ghetto to his life while hiding from the Nazis, to being rescued by Catholic nuns and becoming a Holocaust Survivor.

“The word drifted into my ears as people around me deliberated: will they lock us in the ghetto or not? I didn’t know what this word meant, yet I realized that it was connected with moving; I sensed that it was something adults were speaking of with fear, but to me it seemed that moving would be an interesting adventure.”

Glowinski writes with visual descriptives so vivid and clear that one can almost feel them and inhale the scents of ghetto life. The struggles of daily existence within the confines allocated to the Jewish people is written with deep clarity. The Black Seasons might seem disjointed at times, but that is due to the fact that events are remembered in that fashion. Can one fault Glowinski for writing in such a manner? No! One is transported by the word-paintings, and the canvas and back drop are not a pretty.

The Black Seasons is painterly, the horror well-articulated by Glowinski, and he documents his accounts of fear and anxiety in fragments, remembered through a young boy’s pieces of visual and emotional memory. Glowinski brings us insight into the human condition of the Jewish family unit during the Holocaust. Glowinski illuminates within us the fact that life is fragile. Combining the transition from childhood to adulthood, Michal Glowinski manages to transport us through history and time, effectively, brilliantly and with skillful writing. I highly recommend The Black Seasons. It belongs in every school library, college and university library, and on your own book shelf.

I Am My Family, by Rafael Goldchain

I Am My Family: Photographic Memories and Fictions, by Rafael Goldchain is a very unique and interesting look at one man’s family through ancestral photographs.

The unique perspective regarding I Am My Family, is the fact that Goldchain has literally infused himself into the ancestral photographs.

“Rafael Goldchain’s I Am My Family is a family album of traditional portrait photographs with an unconventional twist: the only subject is Goldchain himself. In an elaborate process involving genealogical research, the use of makeup, hair styling, costume, and props, Goldchain transforms himself into his ancestors and captures their personifications with the camera.”

I Am My Family: Photographic Memories and Fictions, looks to be an intriguing and fascinating look at Jewish culture, through Rafael Goldchain’s self-portraits. His tribute to his ancestral past is an excellent legacy for his family members of the present and the future.

Tagged as Authors, Books, I AM My Family, photography books, Rafael Goldchain

Well known critic John Leonard is dead at 69 years of age, due to lung cancer complications. He died in Mt. Sinai Hospital in Manhattan.

You can read about his life, here.

Everyman, by Philip Roth is a book leaving the reader much to ponder. Though short in pages, this book is long on intensity, its pages resound with insight, intensity and emotion, as we view one man’s life and his body’s decline due to physical breakdown and aging.

Everyman begins with the funeral of the protagonist, and travels backwards, through his life. The human essence of the man through the aging process (heart problems, etc.), his fears, his loss of physical capability and sexual prowess, his obsessive behavior, his awareness of his rudeness and negative attitude (and his inability to knowingly redeem himself for his behaviors), are all encompassed in one exceptionally articulated novel. His mind never fails him, but his body is a constant reminder to him, that his wants and desires can not be fulfilled.

We do manage to feel empathy for him, even with all of the negativeness that make up the man, and his very essence. And, that is no small feat, given the circumstances we find him in. Therein lies the brilliance of Roth, that he could bring us full circle, through the gamut of emotions and ugly behavior, only to empathize, in the end.

Roth’s insight into the human perception of the body’s deterioration, not only, physically, but emotionally, gives us material to consider, such as who we are, what we are? What is the meaning of life? What does life mean not only to ourselves, but also to those in our lives? Is our life a sum of our sexuality, or does it hold more within its physical anatomy? What makes up a person’s soul, character, illumination? Everyman offers lessons to those dealing with those very issue.

Everyman is an amazing and excellent psychological and character study on inner struggles, aging, self-identity, and what it means to Be. Roth, masterfully cuts to the core in describing the aging process and the role it plays on our emotions. Philip Roth is vividly descriptive with his imagery. We are left to ponder age, and how it affects, not only our minds and emotions, but also our physical and sexual being. We might feel younger than our bodies tell us we are, and we might be extremely cognizant on day-to-day issues, but in the end, our bodies can deceive us. Our mind can wander and play tricks on us, leading us to believe we can accomplish more than we can. Philip Roth brilliantly emphasizes very concisely how growing older impacts our abilities to perform and live dignified, on a daily basis. Who said it would be easy?!

I personally own and have read this book.
© Copyright 2007 – All Rights Reserved – No permission is given or allowed to reuse my photography, book reviews, writings, or my poetry in any form/format without my express written consent/permission.